The Rogue One: a Star Wars Story Movie was released on December 16, 2016. So far, the reviews seem to be positive. The Movie is set before Episode 4, a New Hope. To accompany the Movie, LEGO has released a variety of Rogue One sets including 75154 TIE Striker. This sets comes with 4 minifigures where some of them are new such as TIE Pilot, Imperial ground crew, Imperial Shoretrooper and a Rebel Trooper in Endor outfit.

Many people are usually interested with the features and this LEGO sets comes with a couple including flick missles, opening cockpit and adjustable wings. At 543 pieces, this set sits at roughly at a 12.8 cents/piece ratio which unfortunately is slightly above the golden brick ratio of $0.1/piece. Fortunately, the set is now currently available at Amazon for $54 (reg.$69.99) which makes the set much more affordable. 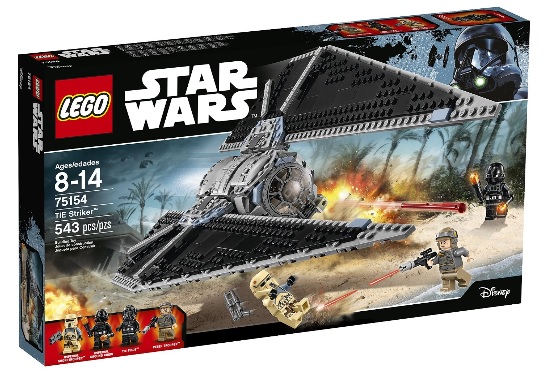