Update: Voting did not end yet as you can still vote at LEGO.com. Everyone gets 3 votes. Though, if you clear your history/cache or use a different browser, you can vote again. If you don’t like Habitat 67 or was hoping for another Architecture set, then get your votes in!

It appears that the next 2012 LEGO Architecture set will most likely be Habitat 67 based on the votes at the LEGO.com Architecture Microsite. Over 100 000 votes were for Habitat 76 with the runner up right now as Coliseum with 80 000 votes. 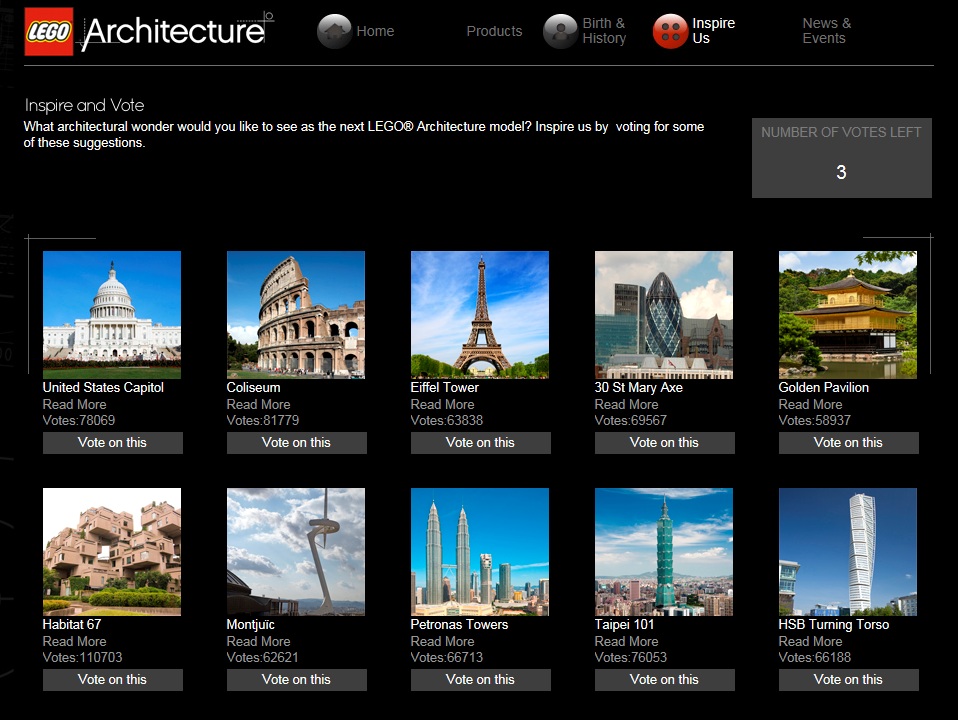 Habitat 67 housing complex is a landmark situated in Montreal, Canada. Primarily for the city’s Expo in the 1960s, it has now become a major famous landmark in Canada. We’ll definately see some interesting build from this unique housing complex when it turns to LEGO form as LEGO Habitat 67! You can learn more about the Habitat 67 landmark at the Huffington Post or at the Official Habitat 67 site. Thanks to Jeff for letting us know of the news.