Be Cautious of "Clearance" Markdowns at Wal-Mart

Discuss about retailers that carries LEGO products here! Got a LEGO Product Find or Polybag Find from a store? Share it with us. It can be a new or even a really old retired set!
Post Reply
22 posts

Be Cautious of "Clearance" Markdowns at Wal-Mart

If your shopping at Wal-Mart stores in America, be advise that some of their LEGO clearance prices aren't really a "clearance" price that we're expecting. Staff vynsane has snapped a picture showing LEGO Hobbit 79010 The Goblin King Battle on clearance for $99 when the regular price is $99.97. I guess $1 is still some sort of savings as you can still treat yourself to a McDouble Sandwich at McDonald's.

It gets worse. They will use labels on the box with the red stripe that usually means clearance, but will still have it at full price. And they'll put these items in the clearance area. You have to look for the "was" price or you might pay regular price thinking it is clearance. And then you won't even have the extra buck for McDonalds.
Last edited by mattdiss on Thu Jul 03, 2014 10:14 am, edited 1 time in total.
Top

I noticed at all the Wal-Marts around me that they put the sets in the clearance section with a red price tag and it is still full price! My dad always complains to the management when he sees this blatant false advertizing being repeated over and over again (without any effort to make any changes based on his complaints by the way).

Agreed. I have one of the lego price apps on my phone and always check against MSRP. It's really awful the deceit that occurs between Walmart and TRU.
Top

Clearance does not automatically mean less cost, It just means they dont want it in the store anymore.
I have inoperable cancer and am unable to work. Any gifts would be appreciated. Thank you!
Top

ncbarrett wrote:Clearance does not automatically mean less cost, It just means they dont want it in the store anymore.

Generally speaking, the expectation is that clearance does mean a reduced price in order to sell off overstock at a quicker rate. I frankly can't understand, though, the reason behind the practice as outlined in the pic I took (which is months old, BTW). The original price is clearly visible, though smaller, indicating that you're saving a whopping $0.97 - so is this just a ploy to fool clearance shoppers with poor eyesight or people who "don't math good"? Or is it a tactic relying on blind "clearance frenzy"?

I think, though, that this practice is a completely different animal from TRU's practice of pricing above MSRP. A savvy shopper will know that the price is better elsewhere. They're not doing anything particularly deceitful, just banking on selling items at a higher price than other stores. Bear in mind, TRU also then usually has a large selection of older sets still available long after they've been cleared out at other stores, so they make it up on people who missed out on something elsewhere. I remember seeing the Agents 2.0 sets on the shelves at TRU after I got back into the hobby in late 2009, long after they had disappeared from other stores.
ALL HAIL THE BLACTRON EMPIRE!

vynsane wrote:
Generally speaking, the expectation is that clearance does mean a reduced price in order to sell off overstock at a quicker rate.

This is true. I was just speaking from my experience at a clothing retailer. Often an item on sale was a better deal than when they first went on clearance.
I have inoperable cancer and am unable to work. Any gifts would be appreciated. Thank you!
Top

^ Naturally, there are exceptions to the rule, and "clearance" can sometimes just mean "not restocking after selling remaining stock".
ALL HAIL THE BLACTRON EMPIRE!

This happens all the time at my local Walmart. They had a hobbit set on 'Clearance' from 49.99 to 49.97. All a gimmick to trick people into buying.
http://www.eightclickbrick.com/ Find me here on the internet.

Here are some found at Clearance: 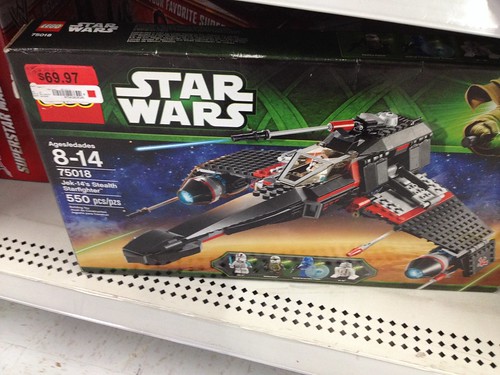 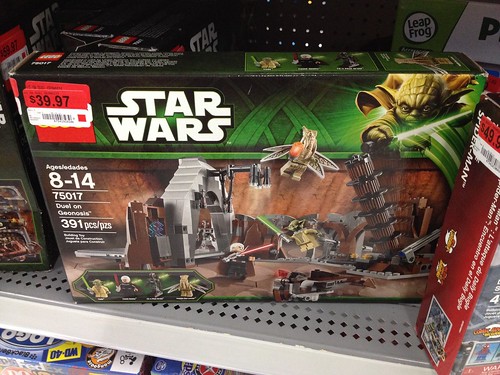 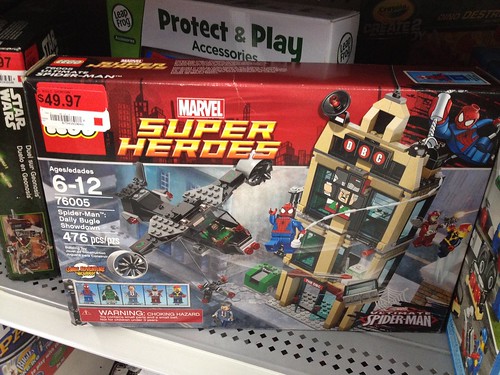 Building LEGOs, one piece at a time...

I love the fact that they each have two stickers on them, too. Wonder what was on the first one, the 'real' clearance price?
ALL HAIL THE BLACTRON EMPIRE!

At Walmart if it is a non stock item they will put it in clearance and put the regular price on it, and the was price will be blank. It just pretty much clears off the shelf for new stuff. It is funny though I got the goblin king for 39 dollars after Christmas and I saw one the other day for 99.97
Top

Doubledbrick wrote:At Walmart if it is a non stock item they will put it in clearance and put the regular price on it, and the was price will be blank. It just pretty much clears off the shelf for new stuff. It is funny though I got the goblin king for 39 dollars after Christmas and I saw one the other day for 99.97

Walmart simply become so big that they do not need to put much on clearance to attract people anymore. People blindly buy things from them without checking the regular price, just because it is labeled clearance from Walmart does not mean they are clearance prices like how they USED to be. Cannot wait for them to fall off their high horse! Like most empires, it might take a while, but when they do, I will be LOL, IF we are still alive offcourse.
Top

Walmart and Kmart have been slowly turning the term "Clearance" into a useless term. It is only a matter of time before the public stops responding to this term and they will have to start using a different one. It's sad, because they are ruining the true meaning (or at least what I have thought the term mean't) of the word and most likely taking advantage of the consumers who aren't in tune with this term abuse.

BUYER BEWARE! Clearance no longer means, a sizeable discount from MSRP, or even any discount off of MSRP for that matter.
Top

I'm glad there is a thread on this. It has been a long time since I made a purchase at Walmart. They use to have some cool clearance prices, but now it is just a joke. Combined with their refusal to stock Star Wars action figures and other disappointing selection, it's a place to avoid. I sometimes go in there to find random things like flexible straws (it is really hard to find good ones and styles always changing at every store). I check the toy section out of habit and even sometimes scan items. They are just unbelievable. I am convinced someone high up the chain was forced to squeeze out more profit. Yet they fail to realize that really will drive down total sales when alienating customer base.

It's not like I'm only a clearance dweller. What happens is I trust a retailer more when I see good deals and if I'm committing to go through the checkout lane, I will pick up more things full price. Otherwise, I'll go to another store.
Top

Also I don't know if it has happened to other people but it happened to me.
If a single item on clearance stay too long on the shelf or if it's a return from previous months the item can actually be back to the original price or close.
Specially if the scanners says " See an associate for help" when you scan it.
Top

I never knew that with clearance say they can actually do this. Shocking! I better take care in future.
Top 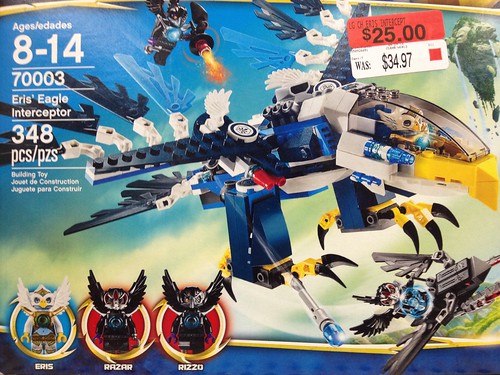 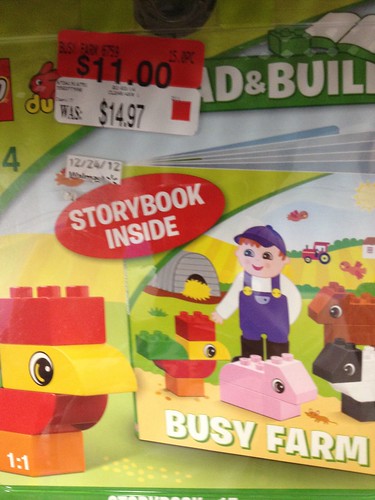 They now have a "was" price attached! Now you can tell for sure it's on sale! They still do the red sticker price on some of them though. Anyone else seen this at WalMart?
Building LEGOs, one piece at a time...

They've had that all along, too. On the ones that I've seen that were stickered at MSRP, they just didn't print the "was" part.
ALL HAIL THE BLACTRON EMPIRE!

Oh, I've never seen that on any LEGO set yet. I've only seen the red sticker so far.
Building LEGOs, one piece at a time...