Straight to the nitty gritty! This set comes in a bag, not in a box! It's like milk in Canada! I can never sell the idea of bagged milk to anyone around here. 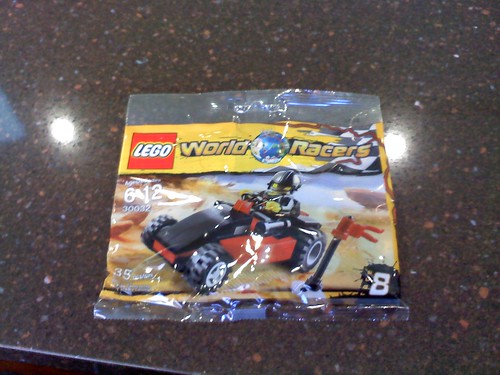 It makes sense for these small sets to be bagged. You can package a whole bunch more per box, they're lighter and if you were going to hand them out, for let's say Halloween or use them as a stocking stuffer, it makes sense to make them a little bit more malleable. 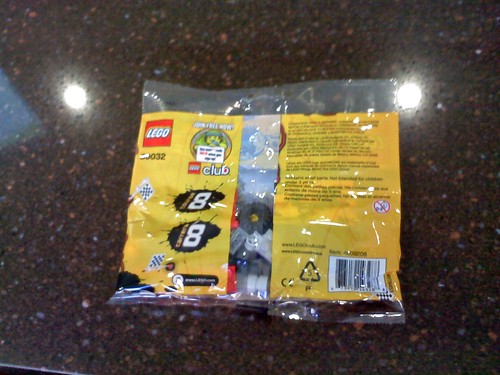 The back is just filler and disclaimers. There's a special code to join the LEGO club/receive an issue of the LEGO magazine, fairly standard kid's stuff. 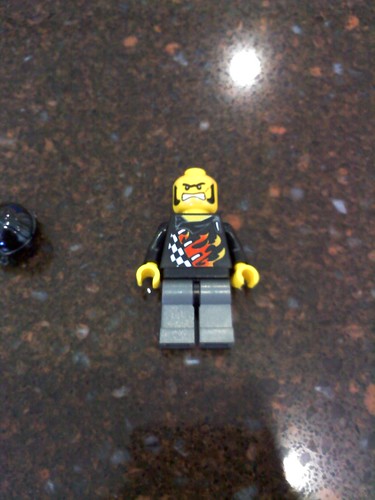 Here's the minifigure that comes with the set. His name is 'Bubba Blaster' I believe, and he is sporting the most southern facial hair I think anyone could possibly come by these days. Like the rest of the World Racers minifigures he has excellent printing. 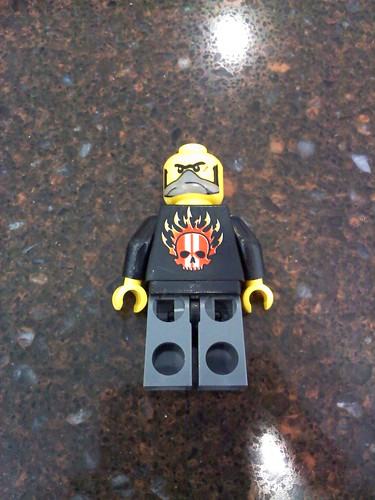 His back also has excellent printing! Go LEGO! There he is sporting his face covering. He looks much more menacing on this side of his head. 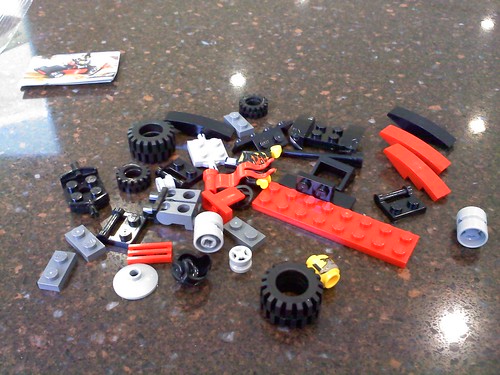 Unlike my other reviews you get to see the contents of the bag spilled out before your eyes. The reason for this is that it's so tiny and fun I just had to share it. Also I usually review the other sets after I build them. Woops. There aren't really any interesting pieces here. I can only think of one that stands out from the rest. 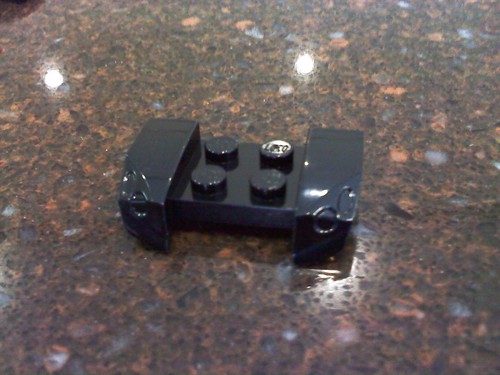 I don't recall seeing these before. I may be mistaken but I cannot place this piece anywhere else. I have a piece like this but it doesn't have the little circular indentations on the sides with the slop downwards. 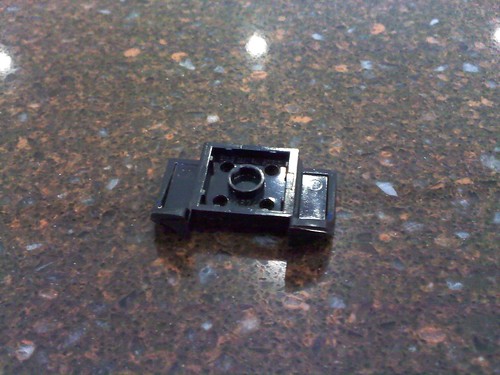 Here's the flip side. 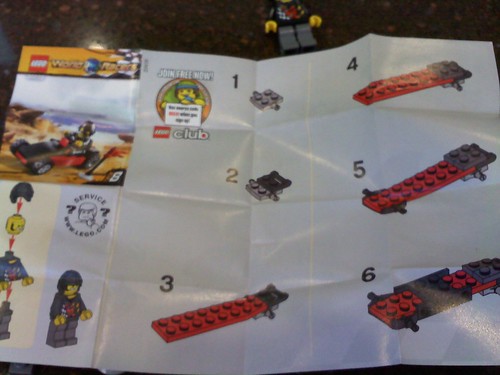 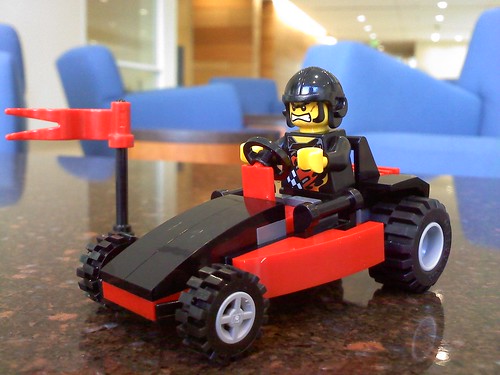 Here's the completed product. Guess what? I also managed to fix my camera so the pictures are in focus now. Aren't I good? The build is pretty simple. With 35 pieces they put together a good presentation. 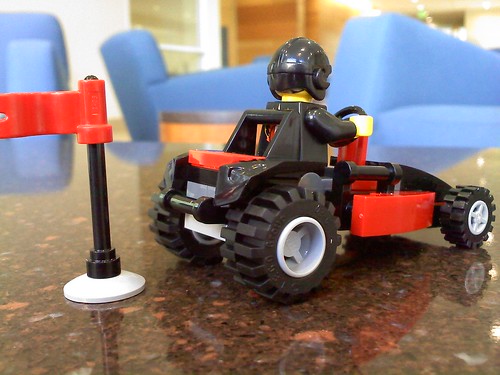 Here's the backside. The piece of interest I was eying goes over the back wheels. There's really not much else to say. It's basically a tiny car. I like it. It's fun to race around and the wheels roll well.

Would I recommend this set? Yes. It's cheaper than the impulse sets now, probably because it doesn't come in a box and it's really fun to just race around. They're also cheap and it comes with a great minifigure.

Come on guys, it's an impulse set. Go get it.
http://www.eightclickbrick.com/ Find me here on the internet.

That piece has been around for a while. There are two of them in dark blue in the Agents Robo Attack set, used on the little Agents buggy. They're also used in the Tiny Turbos sets a lot. Earliest usage I can find is 2003 in a Drome Racers set.
ALL HAIL THE BLACTRON EMPIRE!

legitimatealex wrote: I don't recall seeing these before. I may be mistaken but I cannot place this piece anywhere else. I have a piece like this but it doesn't have the little circular indentations on the sides with the slop downwards.


It is in a lot of the regular racers sets.

http://www.bricklink.com/catalogItemIn.asp?P=44674&in=S
I have inoperable cancer and am unable to work. Any gifts would be appreciated. Thank you!
Top

Good review. I'm not really into the buggy but more to the figure.
Top
Post Reply
4 posts • Page 1 of 1

Users browsing this forum: No registered users and 7 guests