Every week, a LEGO(My Own Creation) posted here will be featured on our front page. Got a cool creation? Share it! This is also the place to share your building tips and ideas as well as LEGO IDEAS.
Post Reply
4 posts • Page 1 of 1

On my 1000th post, I would like to share my experience in modifying the Jabba Palace and Rancor Pit. My version was similar to other builders’ modification, except that I did not open up second box of Rancor Pit. After I have done building the JP and RP, I estimated that there will be excessive number of pieces remaining if using 2nd box of RP. Thus, in order to save money, I attempted to complete it by using my own pieces collected from other sets that I have broken down. 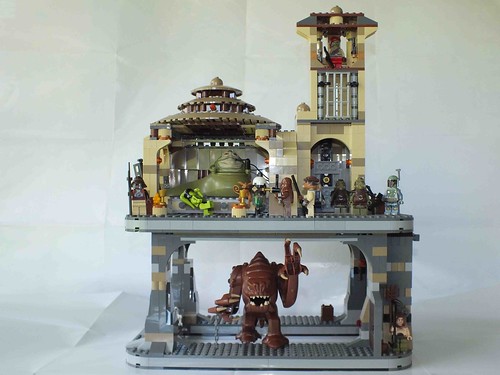 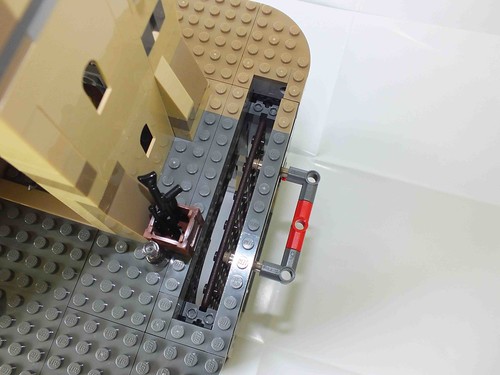 I noticed this modification requiring plenty of dark bluish gray plates; however, it was not easy to find enough from my other sets. As a result, I used black plates instead. 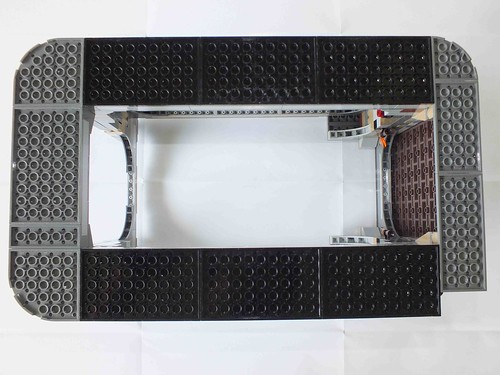 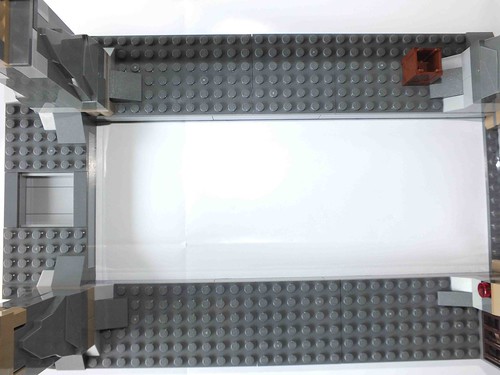 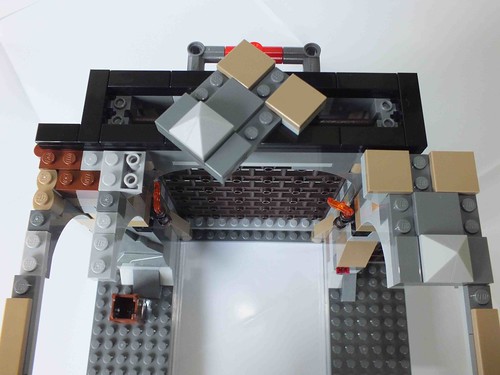 Initially, I was afraid that the modified RP may collapse if I did not build any supporter in between two ends (while other builders did). Surprisingly, it turned out holding the JP well. Furthermore, the stretch offered a much better view to Rancor, and more room was generated for Rancor to exercise. 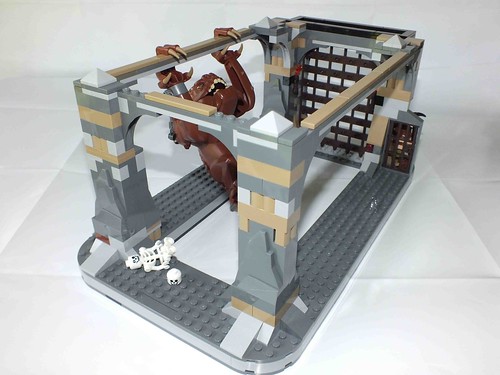 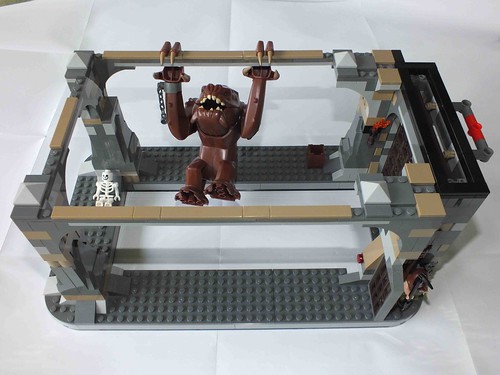 After running out of gray and black plates, I used dark tan plates to generate the desert effect outside of JP. 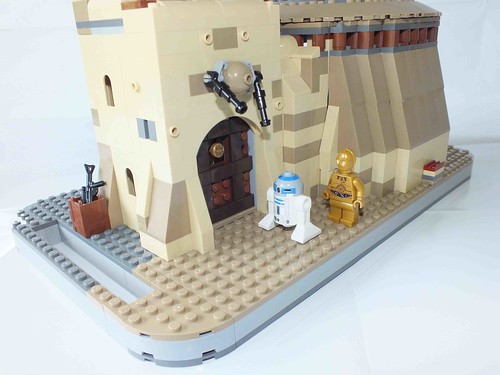 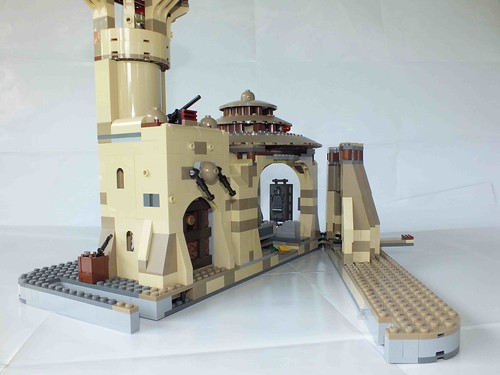 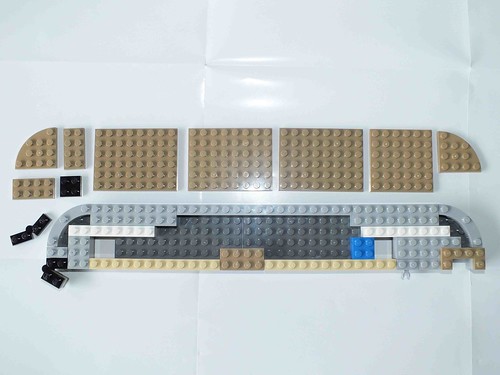 Jabba Palace Base Board 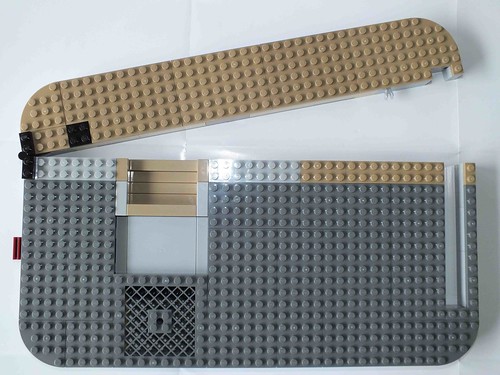 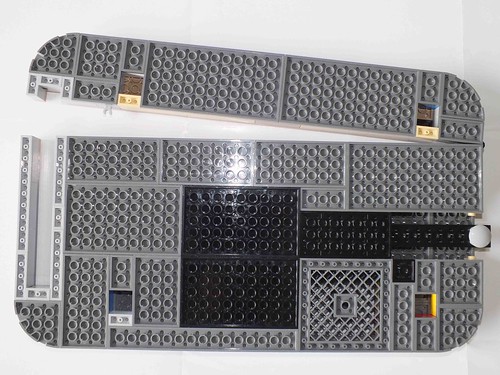 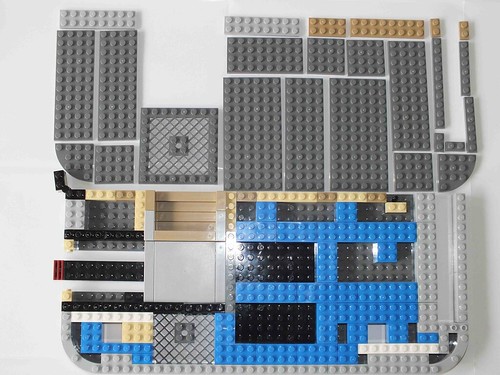 I stole the idea from 9450 Epic Dragon Battle to make a lockup for Chewbacca. According to the movie, he was not kept at the tower though. 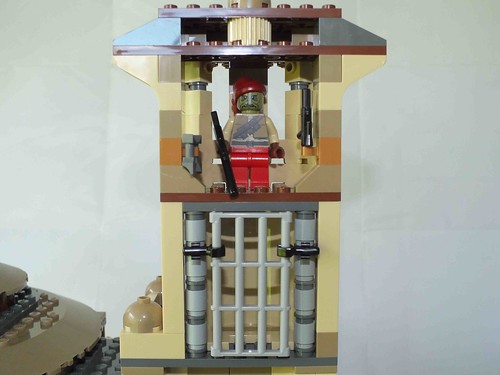 I raised the top cover of JP to hopefully make it more stylish. 4 round reddish brown 1x1 bricks were taken from the build at JP instruction book 1 page 11(step 15) and page 59(step 36). 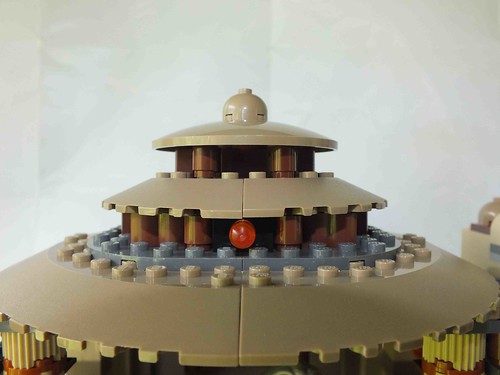 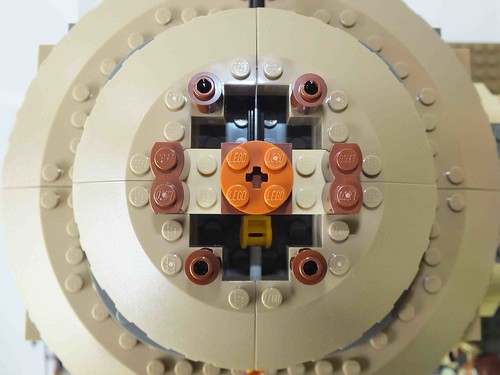 These were the pieces that I have taken out from the set. 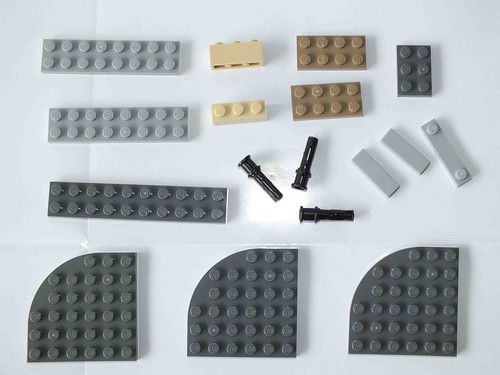 In summary, lots of dark bluish gray plates and light bluish gray brick were required to complete the modification. Few extra tan bricks were needed to raise the JP so that the doorway was aligned with the Tower. It was not hard to get this done but it will take a little time and patient. Overall, I was having fun to build the whole thing and happy to modify it at lowest cost. I will keep it as display for awhile.
My First MOD
My Jabba Palace with Rancor Pit Resizing
Top

Nice. Looks great. The "exercising Rancor" is funny. Good job with the photography too
Top

Thanks for viewing. I hope my demonstration could help.
My First MOD
My Jabba Palace with Rancor Pit Resizing
Top

Users browsing this forum: No registered users and 1 guest