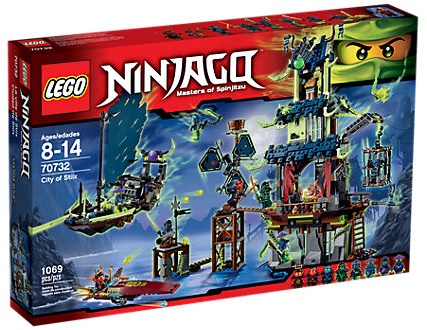 The 2016 Post Christmas LEGO Sale has begun at LEGO Shop at Home (USA | Canada | Europe/UK). Selection isn’t the greatest this year, but there’s still a few items including 70732 City of Stix being discounted worldwide. Different regions such as Europe/UK appears to have different items on sale as well. See Sales & Deals items here: US | Canada | UK

For those living in Canada, Toys R Us has launched a variety of LEGO sets with savings up to 40% off. As part of their 2016 LEGO Boxing Day Sale, items include 75096 Sith Infiltrator, 70732 City of Stix and more! The price for City of Stix is also better at Toys R Us as well. Thanks to forum member rexx for the news.