The details for LEGO Bricktober 2016 is now here! You can an exclusive LEGO Minifigure Collection when you spend $75 or more on LEGO building sets. There’s also details for the next two month’s worth of LEGO events. These include free mini builds. Thanks to forum member hatcher for the news.

In addition, you also qualify for a free LEGO Minifigure build when you spend $25 or more each week on any LEGO building sets. These minifigure build/sets include a mini LEGO Star Wars First Order Star Destroyer, LEGO Spider-Man vs The Venom Symbiote, LEGO Nexo Knights Minifigure and LEGO Ninjago Minifigure. 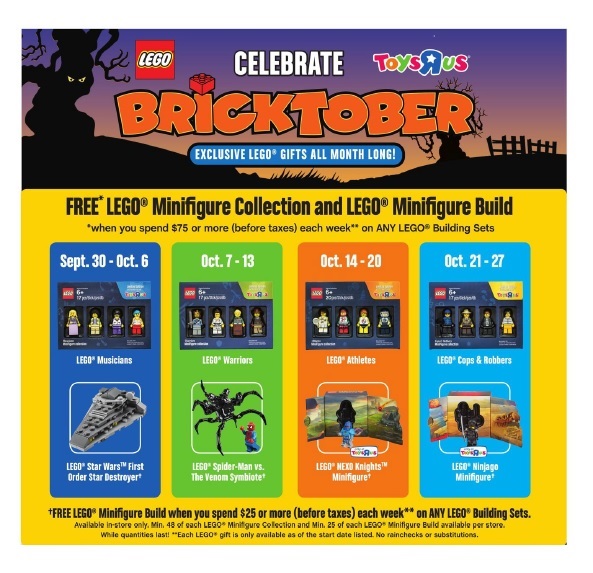