Tomorrow is the start of the Daily Mail and The Mail on Sunday newsletter promotion in the United Kingdom! See below for the press release for complete details of what set will be given away on each day. 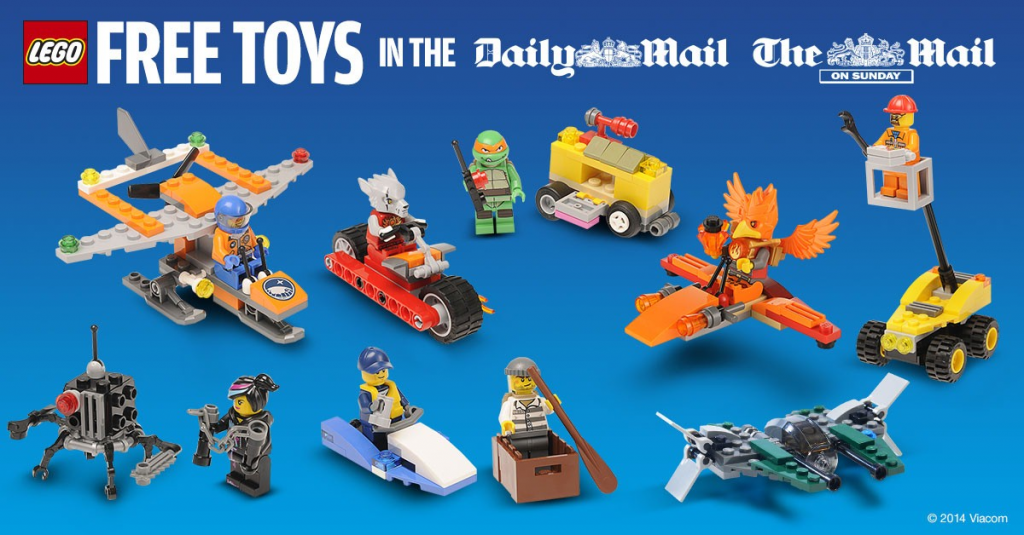 The Daily Mail and The Mail on Sunday are pleased to announce the return of our fabulous LEGO offer!

From 20th – 27th September we are giving away FREE LEGO toys only with the Mail.

Starting with this Saturday’s Daily Mail we are giving our readers the chance to claim a fantastic free LEGO toy.

Open up a thrilling fantasy world for your children and grandchildren – on Saturday they can help Wyldstyle battle one of evil Lord Business’ Micro Managers from The LEGO Movie. Then on Sunday they can join Teenage Mutant Ninja Turtles’ Mikey as he raises some shell’s with his turtle power.

And there’s another fabulous FREE LEGO toy every day next week – a CITY Repair lift on Monday, a Chima Phrax Phoenix on Tuesday, a CITY Police Watercraft on Wednesday, a Star Wars Jedi Interceptor on Thursday, a Chima Battle Bike on Friday and last but not least the CITY Arctic Plane on Saturday.

Here are the day-by-day details:

To redeem readers simply cut out the voucher from that day’s paper and collect the corresponding toy from the following retailers;

One toy per voucher, per customer only. Subject to availability.